Recent blog posts - - A Canadian-based monthly Christian magazine and website that looks at society and culture from a Calvinist viewpoint. 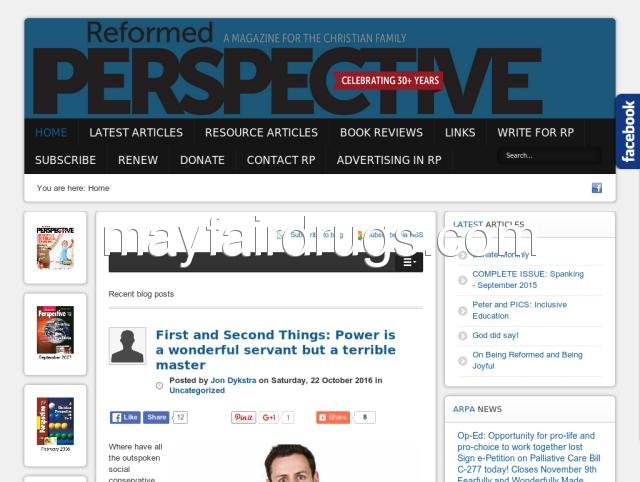