NA Chatroom - Daily online NA meetings. - We are a group of Narcotics Anonymous with two daily online meetings where addicts seeking recovery can chat 24/7 for support and fellowship. It's free. No registration is required, and we don't ask for your contact info or e-mail address. You can share whatever you feel comfortable with anonymously. NA Chatroom is a place for addicts seeking recovery from drug addiction to meet other addicts and get help. We offer online meetings as well as open chat. We follow the 12 traditions of NA and therefore it costs nothing to belong, and you are a member when you say you are. 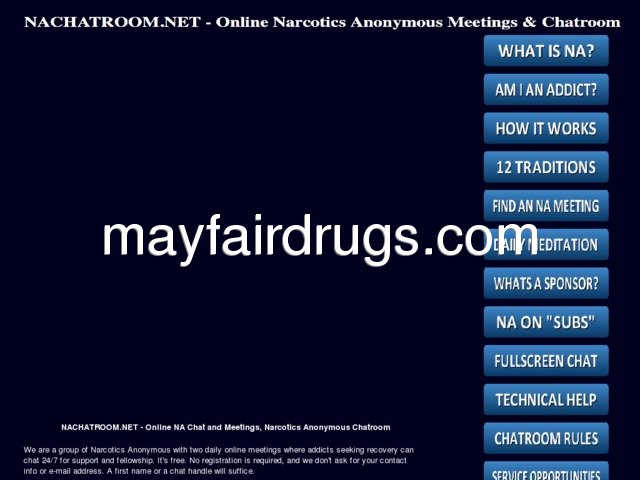