Cardiac Genetic Testing - Heart & Health - This site focuses on medical research (i.e. advances) that has been made in the field of cardiac genetic testing recently. 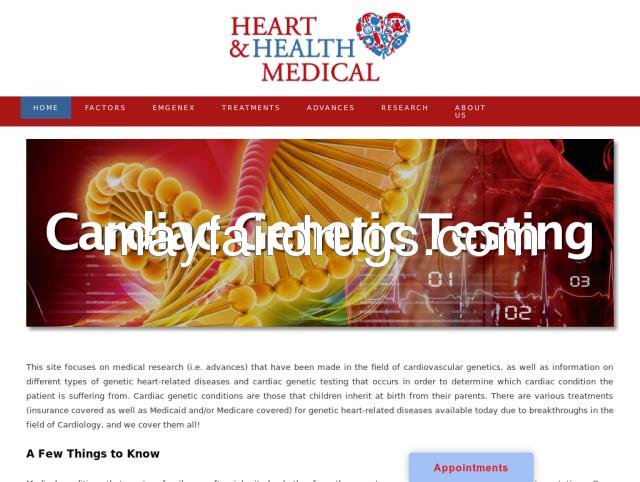